How puppies are made? 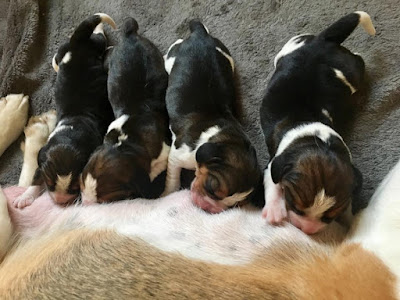 I haven't written anything almost a year now but my life has changed a lot and I just have to let the world know. I am a mum now. I have 4 pretty puppies. 2 boys and 2 girls. As my humans call them: Välk; Täiskrae; Poolkrae and Stringi. Names come from the signs they have on their necks.

Anyway lets start from the beginning. Me & Benji, our mating took place between 4th and 6th March 2017 but the first test run we did already on the 2nd March - didn't work at the first time though. Our babies saw the daylight on the 60th day of my pregnancy, 5th of May, which was also my human's birthday, but the counting of days may not be accurate because the actual mating and gestation can differ up to seven days.

During heat time first week is the week when nobody can come near me. I am relatively defensive at every possible dog in the whole world. Mating, however, is perfect, starting from the ninth day, then female dogs turn their tales aside and are ready for mating. It is definitely worth to mate 2-3x because the first time may not be successful. In addition, male dog should have enough resting time in between - 24h to restore his energy. During mating dogs get stuck but this is totally okay and the time can vary between 10 to 30 minutes. Benji took this really easy as he knew this was a part of the process but I was in panic and did not want to stay calm. Luckily the time being stuck was about 10 minutes. 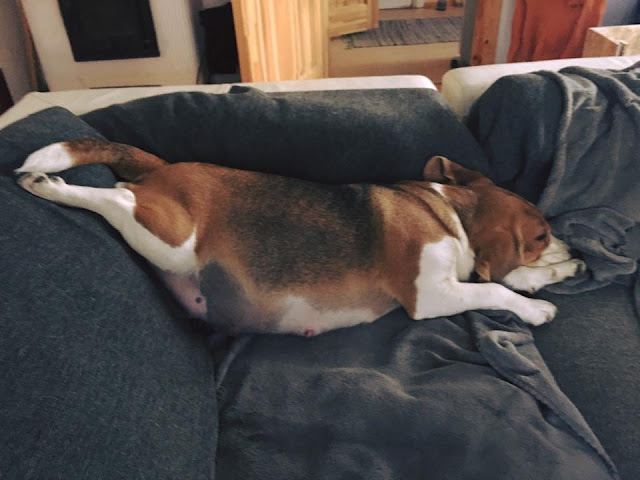 The first third of gestation usually passes without major changes, although the gestation process itself is still a burden for the body. My appetite began to grow on the 24th day but this is normal because of the changes that will start occurring in the body. Nutrition should be monitored carefully to avoid missing minerals which I started looking from poop and mud. More raw meet & chicken necks in my diet took this problem away. On the 25th day we went to the ultrasound and from there we were told to wait for two puppies. It was a bit sad but I thought well this is life. Just to be sure all puppies are fine for labor we did an X-ray on the 53rd day and guess what?! It turned out, in fact, 5 puppies inside me. Ultrasound is useful only to confirm the pregnancy but the number of puppies will show the final X-ray. Also, it is important for the humans to know how many placentas should be removed and the number of puppies to be helped out. Imagine if we would have settled only with ultrasound and agreed with 2 puppies?! My humans would have had crazy surprise. Specially because after the third one being born we went to the hospital where the last two popped out. But this story will come in my next post :) 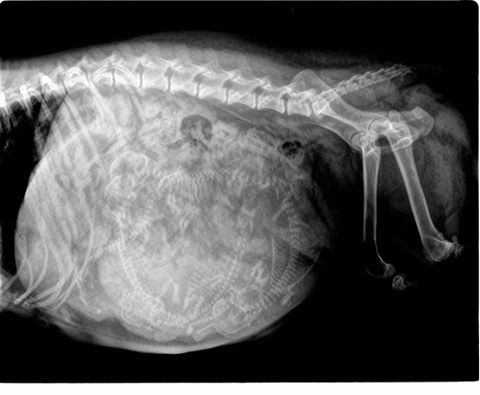 What's more, in the beginning of second third of gestation I was panting, shaking and drank a lot of water, crazy a lot. But doctors said this was all normal because I did not know what was happening to me. My body began to change and the appetite grow. After few days the symptoms disappeared. 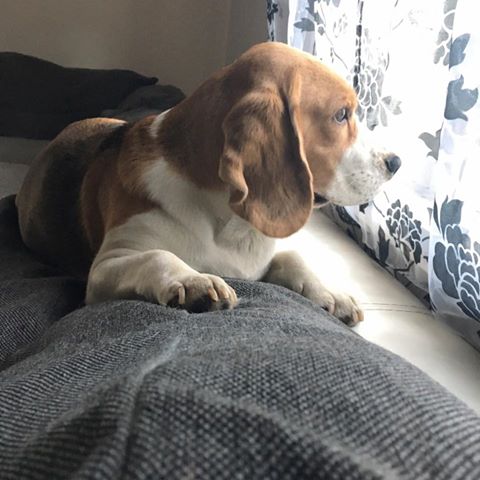 Waiting for puppies is simply amazing! I am happy I decided to take the ride and trust life.

Popular posts from this blog

Details about my labor

May 11, 2017
My labor lasted 36h in total. I know they say it is between 4-24h but I wanted to be legendary! 4th of May I started panting and I constantly moved a round the house because I felt uncomfortable. My human slept with me in the living room because she thought it will happen at night time. Guess what?! I did not think so. 5th of May morning I wanted to make a nest in the basement because there is a lovely part with sand that I enjoy so I felt like this could be a perfect fit for me. My human did not think so, I still wonder why?! Well okay, I understand they handmade me my maturity station and it would have been nice to deliver puppies there. So in the end I did it only for them you know. Another thing people say is that during labor there should be something easy to clean under the dog but seriously I am a lady and I am not going to sit on some plastic bag or something else. I needed my comfy blanket there with me. Luckily my human often understands me. During the morning time I e
Post a Comment
Read more

September 29, 2015
Kung-Fu fighting Right hook, left hook.. He is down! 1,2,3.. Stays down My cute face helps a lot in the process of him staying down, I am sure.  And actually, we both won :) Rory the labrador is my good friend you know.
8 comments
Read more

My boyfriend Luca stays with us for a week